Here’s an old video I didn’t link on my site that I wanted to make available. This is a short tutorial on replacing the battery on a Gameplan MPU-2 board from a Sharpshooter II pinball machine.

This is a nice video series I’ve been working on for the last 2-3 weeks involving a very nice-condition, 1984 Bally “Kings of Steel” pinball machine – you just don’t see this game very often. I think I’ve actually never played one before so I was psyched to pick up the game. Unfortunately, like most of the time, it didn’t work — this game would not boot up and had some obvious issues. Here is a video playlist of my work thus far getting the MPU board back in action. This is a particularly good sequence going over how to trace issues on the MPU board, and in this case, it wasn’t a typical battery-leaking-damage situation. Something else was wrong as you’ll see.. 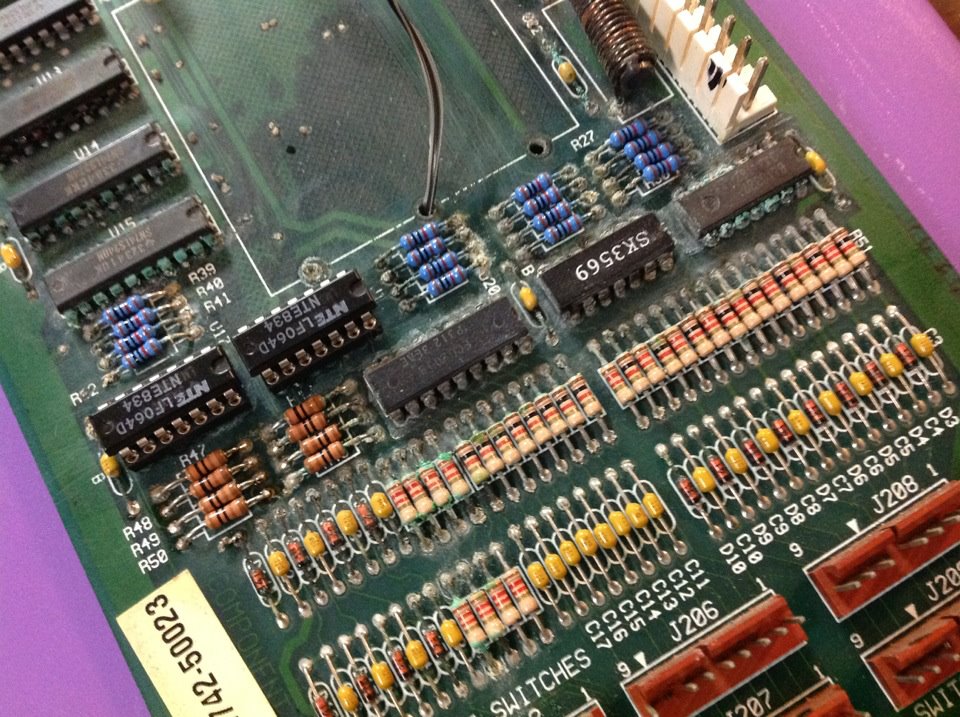