Over the years, probably one of the most asked questions I’ve gotten from people is, “Whatever happened to that Earthshaker you were working on?”

People are referring to this video series: Williams Pinball Earthshaker Looks Like It was in an actual Earthquake!

I picked up this game nine years ago. Pulled it out of a filthy house where the game had sat for years, no legs, no glass, non-operational, in a house full of cats. The game looks like it has numerous things living in it, and the cabinet became a cat scratching post.

The more I looked at it, the more problems I found. The game had been monkeyed with in more ways than I’d seen with any other machine. Nonetheless, I managed to actually, finally get the game to boot up, but it was so horribly mangled in so many ways, it would take years to acquire the necessary parts at reasonable prices, so I stored the game and would pick up parts here and there over the years, hoping one day to restore the game.

Last year a friend inquired about the game and I realized, I didn’t have the time any time soon to tackle this project. I had so much going on I decided to sell it to a friend who I knew would invest the time needed to bring this treasure back. So I gave him all the parts I’d collected, including original cabinet artwork that I got from Gene Cunningham of Illinois Pinball.

The other day, my buddy Josh contacted me to let me know he had finished the restoration and if he could bring the game to the PinChurch to share with others. I jumped at the chance to see what progress had been made with the game, and share with everybody else.

Before I show you the AFTER, take a look at these two BEFORE videos:

You can find more details on the repairs and early restoration here.

Here’s a video of the restored Earthshaker – check it out – amazing work! 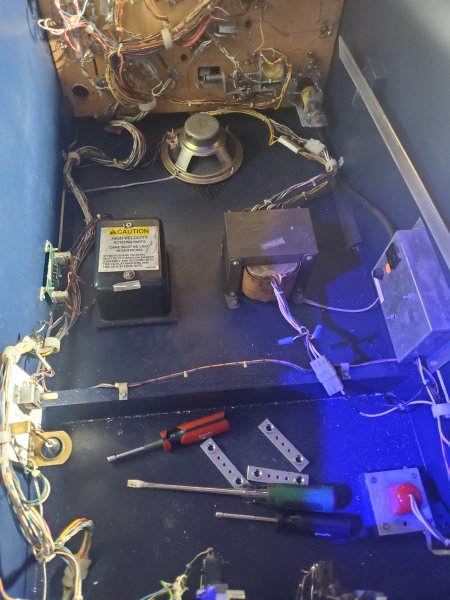 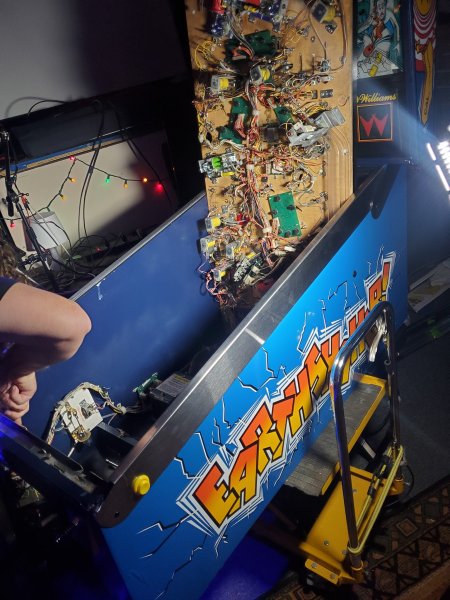 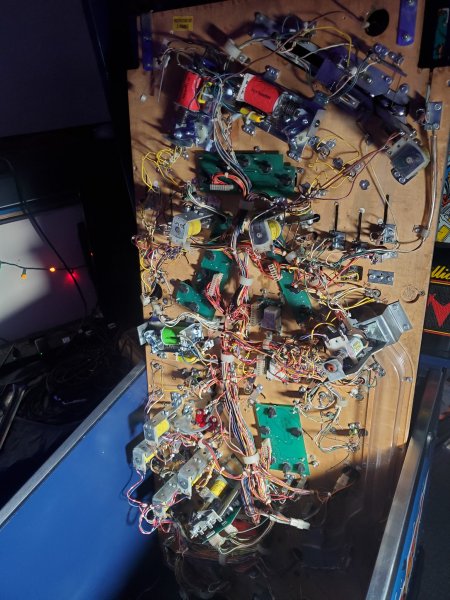 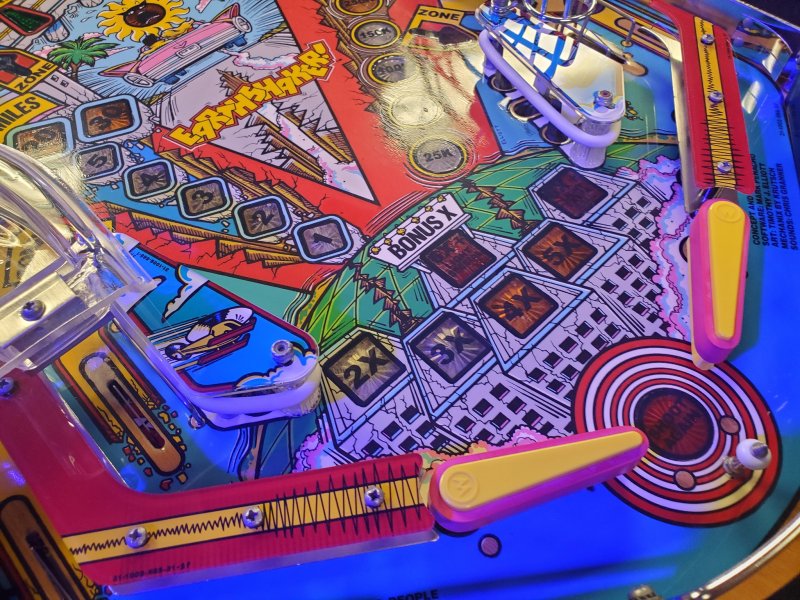 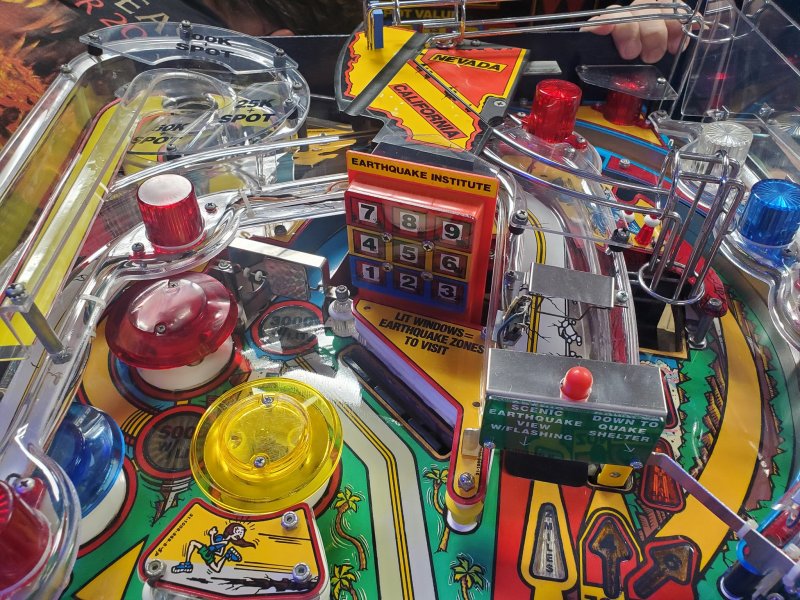 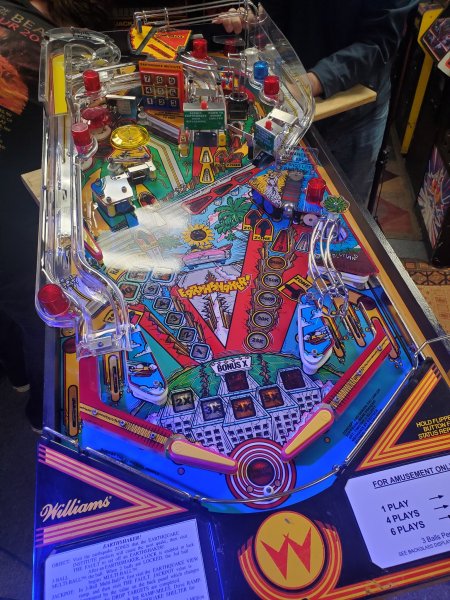 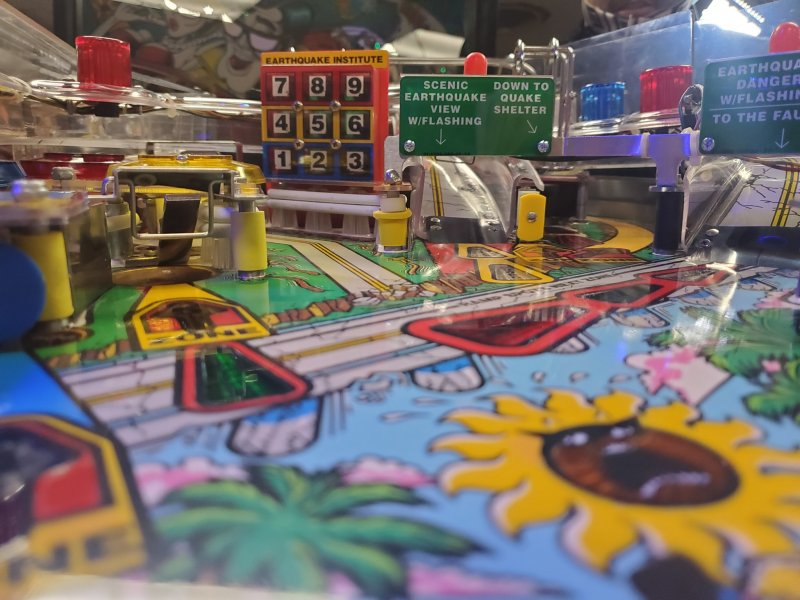 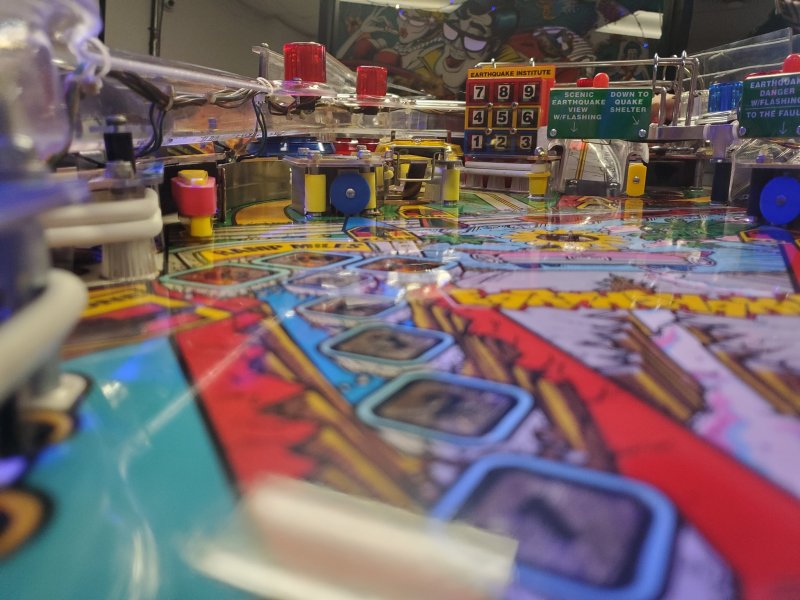 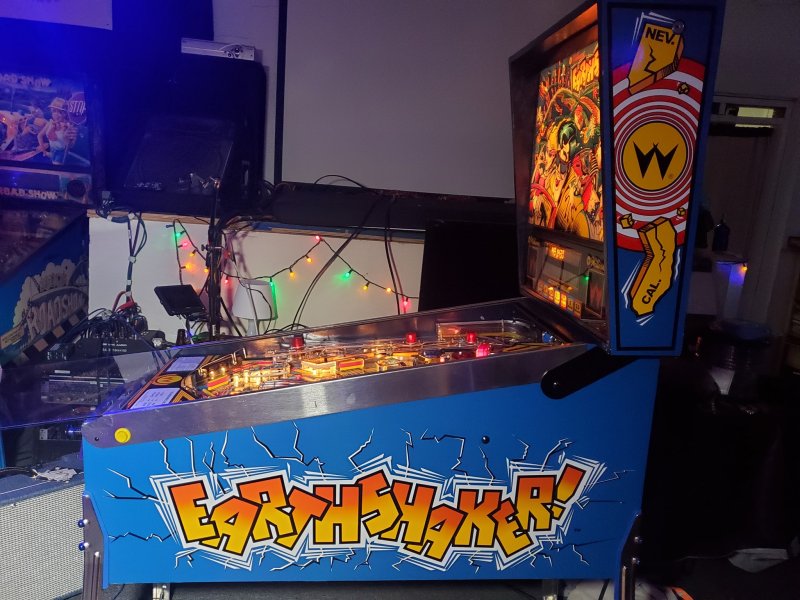 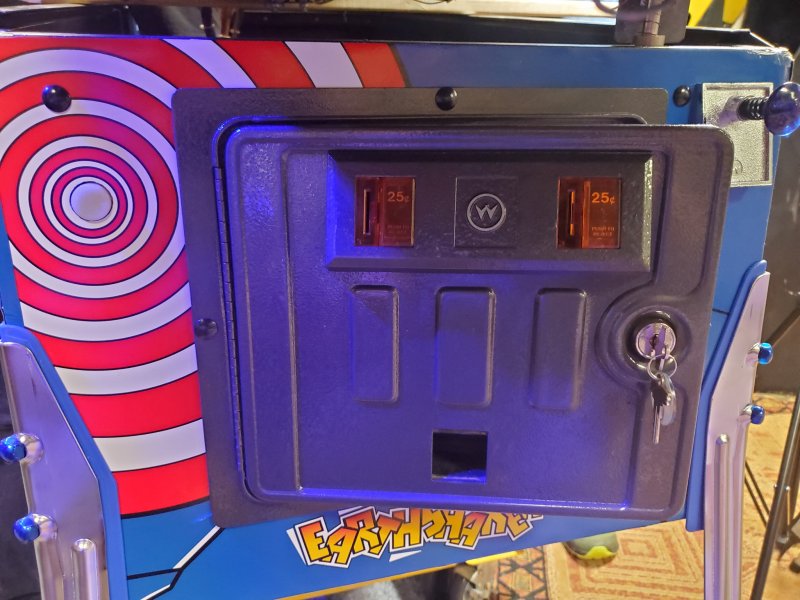 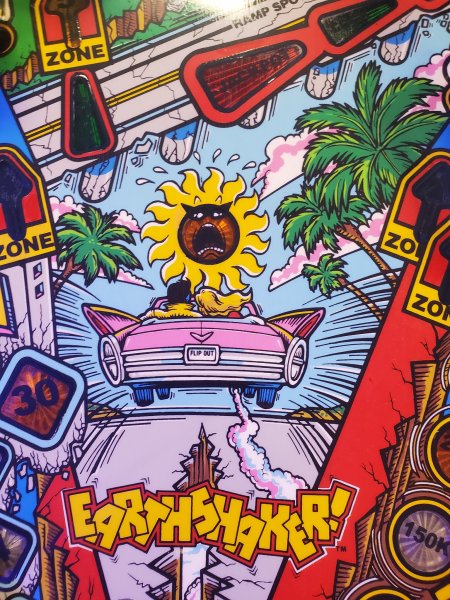 Since we picked up this Williams Earthshaker in such horrible condition and have never seen it powered up, before we even attempt to turn it on, we need to go over some areas of the game to make sure that applying power doesn’t cause more harm.  In this article, I go over one check, which is making sure all the coils/solenoids are in good condition.  A burned-out coil can cause damage in other areas of the machine, or even a fire.

Continuing the ongoing saga of restoring a Williams Earthshaker, in this episode, I take a look at the backglass and go over some basic ideas on how to preserve and secure an old backglass from further flaking and damage..

Ok… we wait awhile and check it, and add some more coats..

So what do you do about clear areas on the backglass? You need to avoid creating any kind of “haze” that obscures score reels or other things that need to be viewed behind the backglass/translight. Here is how we deal with that:

This week I pulled a Williams Earthshaker pinball game out of a guy’s apartment.  It had been sitting in the corner for a long time, not operating.  He got it off eBay more than a year earlier, paid a lot of money and I’m not sure he ever got it working, so it sat around collecting dust.  As usual, the description described to me on the phone verses what I saw in person were two different things, but he appeared to be flexible enough on the price to motivate me to go take a look at it.  We made a deal and I threw it into my car.  Here’s a first look…

Later on, I moved the machine inside and took a closer look.  I’m posting this video which was done before I attended the Houston Arcade Expo, and I managed to find a complete set of sideart for the machine from Gene at Illinois Pinball, so there is hope for the cabinet!

In the next video I pull up the playfield and take a look inside the cabinet.  I’m just getting this new web site going so I don’t have much traffic, but I envision in the future with more people visiting, after I post a video like this, other owners of the game might comment and we can collectively ruminate over the status and future of this pinball game.