I’ve been working on a new project that I’m very excited about. There’s been a movement to create an inexpensive, non-destructive and simple way to mod early Bally/Stern solid state games and add more features. In this video, I demonstrate an early prototype of the system used to modify a Bally Mata Hari pinball machine to include new features such as a skill shot, modes and even a wizard mode.

Want to learn more about this project? Visit: https://github.com/BallySternOS

Diagnosing problems with the mist multi-ball assembly on a Bally/WMS Bram Stoker’s Dracula pinball machine. In this case, we were not getting power to the motor, which is supplied from the 20vdc circuit on the power driver board (which also powers the flash lamps). In this series of videos I show how to test the mist motor, and where you check for power and back-trace it to the driver board, then identify which components are related to this problem and how to fix it.

Amusing story of how I acquired a 1963 Gottlieb “Slick Chick” pinball machine. Pinball Stories are short, sometimes amusing, often interesting monologues about where pinball machines come from. We hear a lot about the games and their themes, but not much about the provenance and “the hunt” to find them and the trials and tribulations of acquisition. In this series I try to tell the story behind each individual machine. 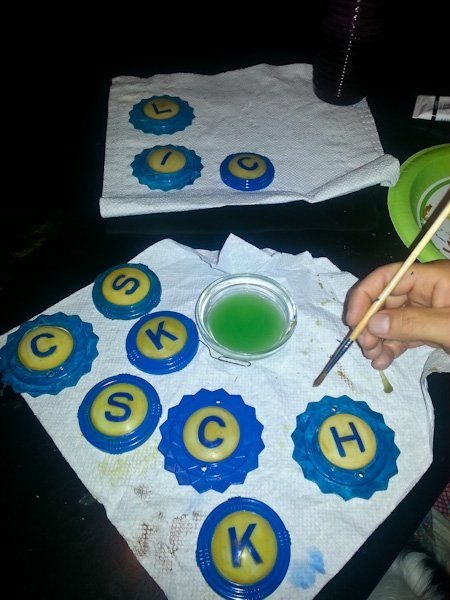 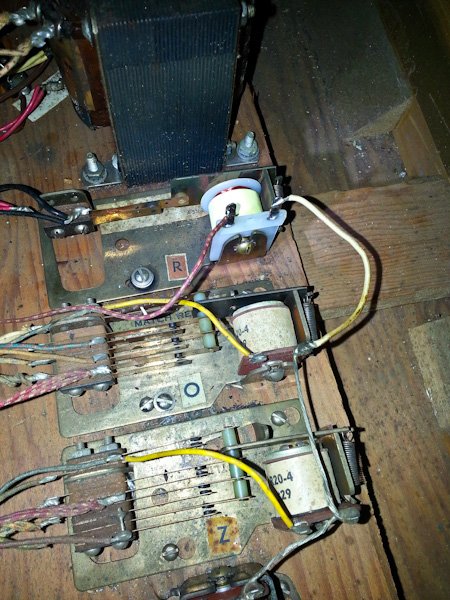 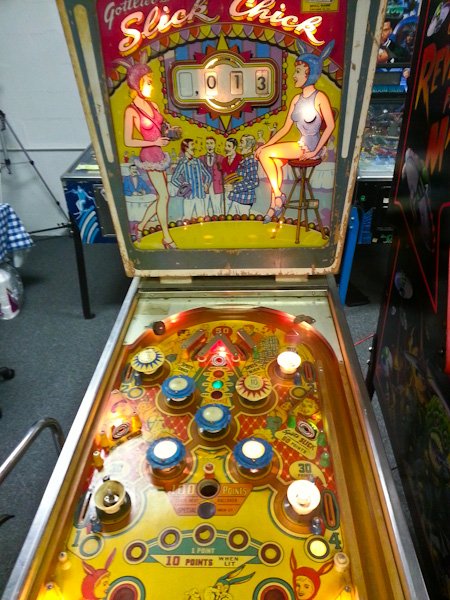 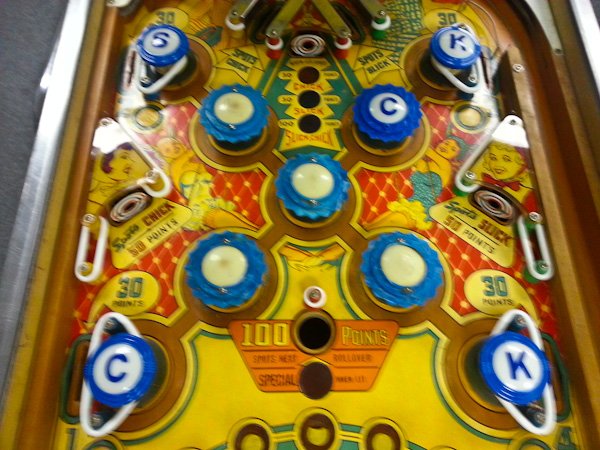 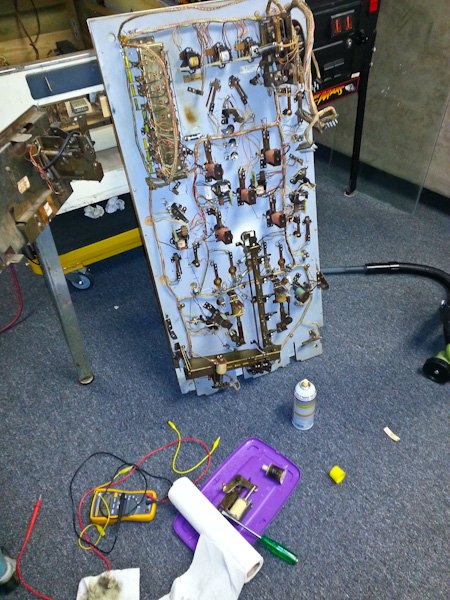 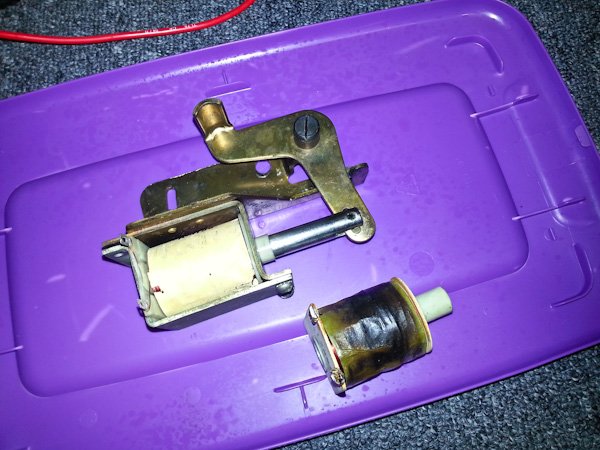 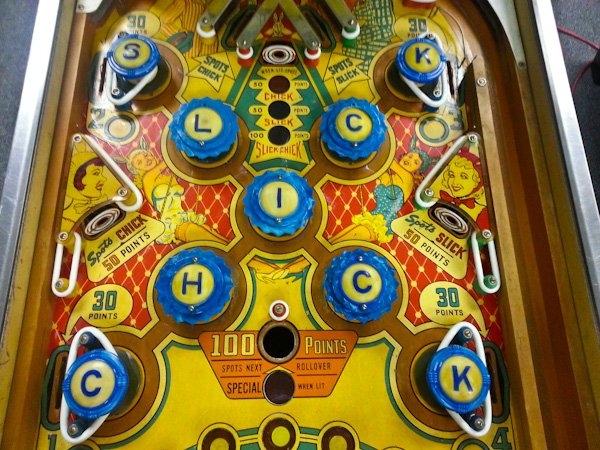 One of the things us pinball enthusiasts love to do is tell stories about how we acquired games. Each game has its own unique provenance and history, and there’s almost always an interesting story behind them. This is the first episode in an ongoing series were we talk about the stories behind the games and how they came to be. I start the series off with the very first pinball machine I purchased, a Gottlieb “Genie” – before I knew anything about how to repair and restore games. It was the game that got me on this path. I hope you enjoy the story – be sure to subscribe on Youtube! Thanks for watching!

Here are some pictures from early on when I got the game and began to restore it.

Here’s a short video outlining my process of creating some custom artwork for drop targets for a Gottlieb System 3 pinball machine: Waterworld. I thought I might create some custom images to commemorate the huge budget of the movie’s production 😉

One note – after you put the decals on, put some heavy mylar over the decals to keep them intact – just the decal and triple thick isn’t enough to keep the graphics from not being damaged by the heavy pinball.

Check out the video!

We have had a new Stern “Deadpool” pinball machine around for a few weeks and I thought I’d finally do a quick “one shot pinball review” of the game, my impression, its features and an overview of the basic ruleset. Check out this very interesting game!

Here’s a companion video of 17 more minutes of gameplay and comments… hope you enjoy:

So here’s a rant I have to make… this comes after arguing in forums for years about a certain feature many of us WOZ owners have been asking for, only to be told, “No.”

We ran into a problem with our WOZ pinball where the game would act like a ball hit the castle doors on the upper left playfield even when a ball wasn’t up there. This was caused by two things: 1. The switch on one of the castle doors was too sensitive (requiring quite a lot of work to adjust) and 2. The upper playfield flippers continuing to flip every time the flipper buttons are pressed, regardless of whether or not there’s a ball up there.

Myself and many people have complained about the need to have a feature in the game to DISABLE THE UPPER PLAYFIELD FLIPPERS WHEN THERE ISN’T A BALL UP THERE, and Keith Johnson has flat out refused to do this. There are many reasons for this feature request – most specifically to reduce wear on flippers that are only used a tiny percentage of time. It’s a key issue that pertains to game reliability: don’t fire coils unnecessarily.

This same problem was also present in The Simpsons Pinball Party and someone made a third-party add-on board to fix it. That’s how annoying this thing is – and it’s a two-second software fix but they refuse to fix it. So you have unwanted wear and tear on upper playfield flippers, and additional bugs like what I describe in this video.

I don’t expect this problem to be fixed, so I’m just ranting. I hope this will be a lesson to other pinball manufacturers that listening to your customers is important. Broken games are not fun to play. If you can make a small software change that makes your games more reliable without in any way, sacrificing game play, WHY NOT DO IT? (That’s a rhetorical question actually. I suspect the real reason for not doing this is so they can sell more flipper parts.)